Monday 25 March was the day when our friends from the Czech Republic came to Slovenia. My day started normally. I woke up, went to school and when I finished all my lessons I went home. I ate lunch and had a rest for a while. Then our friends arrived and I went back to school. I hugged my guest named Zuzana. When everyone came, we all went inside where our principal welcomed our guests. When we finished we drove home. That’s how our first day went by.

After the hard-awaited 2 years, we finally got visitors from the Czech Republic. They were here for three days (two nights). They came here on Monday. We were nervous because we didn’t know what to expect. My guest was Lucie. She’s a nice and happy girl. On Tuesday we were in class during the first lesson, so they could see what we do at school. After that we went to the gym and played some sports. Then we went to Novo mesto where we had a tour of the old part of town and we also went shopping there. We had fun together. But sadly our time went by quickly. They had to go back on Wednesday. I also met Štěpán. He’s amazing! They were all great. When we go to the Czech Republic next year, I’ll ask my teachers to stay there for a whole week so we could get to know each other better. I liked the experience because I met new friends, and I’m also a little bit better at English.

Last week, I got a guest from the Czech Republic. I had a very good time with him. We made a lot of things together. We went outside and talked a lot. They came on Monday, ate lunch and after that the host families came. We took some photos and then we went home. We ate dinner. He was very tired, so he went to bed early. Next day, we played a lot of different sports games at school. It was fun. After that, we ate lunch and went to GEN-I in Krško. We learnt a lot about electricity and energy in general. We also went to the experiment room. We had a lot of fun there. Then we went to Novo mesto. We had a nice walk through the old part of Novo mesto and we learnt a lot of things about it. After two hours, we had some free time in Qlandia. We ate ice-cream there. Then we went home where we played some games and then went to bed. On Wednesday, the last day, we had a lot of workshops where we could cook, dance, sing … Not all of them were interesting to me. After lunch we went outside and waited there for an hour before the bus came. When they left, I was a little bit sad because we had good time together.

On Monday 25 March the students from the Czech Republic came to Slovenia. They stayed with us for three days. First, we had the introductory meeting and then we took our guests home. My guest’s name is Alena and we got on well. On Monday we went out for a pizza. It was delicious. On Tuesday we had English lesson together. Later, we also had sports games and in the afternoon we went to Novo mesto. We also went to the shopping centre Qlandia, where we ate ice-cream.  When we came home, my grandma made a delicious dinner. On Wednesday we had workshops where we danced, sang, cooked and sewed. Then we had our final presentation and lunch. After lunch they had to go back home. We had a lot of fun together.

After I finished school on Monday I couldn’t wait to go home to see if everything was ready. At 4 pm I was back to school. After all the greetings I was invited to the stage to meet my penfriend from Přeštice. Then we went home. While we were walking home I showed her my town. We stopped for an ice-cream. After that we had dinner and she went to sleep. The next day, after breakfast we went to school. We had English and after that some fun sports games. It was really interesting. After lunch we went to GEN-I and then to Novo mesto. I liked the trip to Novo mesto very much because we also went shopping. When we got back to Krško, we went out for pizza. We had lots of fun and got to know each other even better. The last day was very emotional because we became good friends and our new friends had to leave Krško. But before their departure we had different workshops and a presentation. After lunch we had to say goodbye. I miss my friends from Přeštice so much. I can’t wait to go there next year! But that’s not all. I learned many things about their culture, traditional food and a little bit of their language.

On 25 March our friends from the Czech Republic came to Slovenia. We had a short presentation and then we went home. We could do anything we wanted! On Tuesday morning we went to school where we played some fun sports games. It was great! Then we had lunch and waited for the bus. First we went to GEN- I where they talked about energy and electricity. We could try some electrical appliances in the experiment room. When we finished we went to Novo mesto. A nice lady showed us around the town. Then we could do some shopping at the shopping centre. At 6pm we came back to Krško. On Wednesday we had different workshops (dance, cooking, music and craft). After lunch we said goodbye to each other and our friends left for the Czech Republic. I can’t wait for the next year to see my friends again.

From Monday 25 to Wednesday 27 March we had a visit from Přeštice, the Czech Republic. We were very happy and full of expectations. My guest’s name was Martina. Martina is a very friendly girl. When I saw her for the first time it was as if we already knew each other. We spent two enjoyable days with our guests. Despite the fact that they can’t speak Slovenian we could communicate in English. Martina brought me a small gift. I gave her some Slovene delicious sweets. For me it was the first time to host someone from another country. We learnt about our cultures and acquired new life experiences. Martina and I promised to keep in touch and see each other again next year when it’s our turn to visit the Czech Republic. 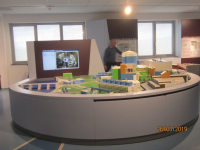 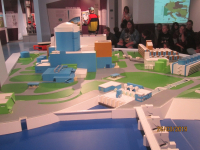 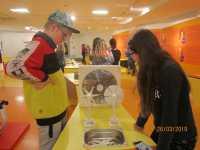 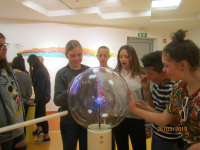 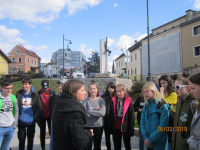 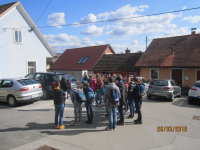 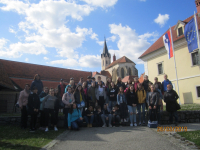 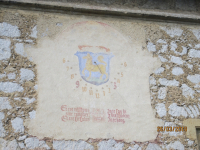 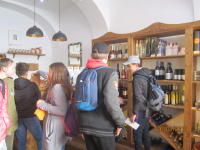